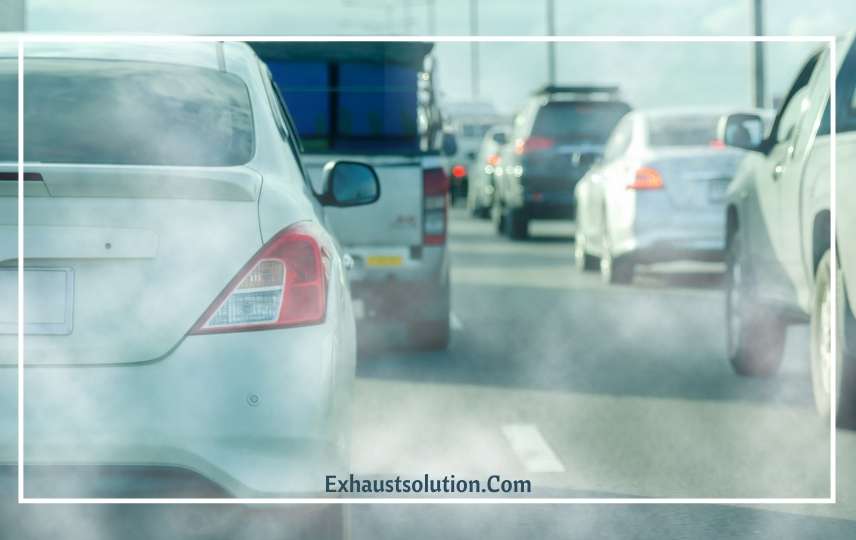 The Chevy Silverado exhaust system is impressive and known for being greatly performance-enhancing kind. And there are many good names that come with such a quality exhaust system.

But no matter how fine such systems work for improving your overall riding performance of the vehicle, it won’t change the fact that there are a lot of emissions getting released in the environment from these, which are for sure, pretty harmful. Adding health issues as well as air pollution to the list.

Have you ever felt curious about what comes out of a car exhaust and its impact on things? Clearly, you have, well, that’s why you are reading this. Let’s have a closer look then.

Contents at a glance show
Exactly What Comes out of a Car Exhaust?
The Exhaust Fumes Are Harmful
More About Vehicle Exhaust Emissions
Water Coming Out of Exhaust Pipe
Frequently Asked Questions
1. What happens if you breathe in car exhaust?
2. How long can you leave a car running in a garage?
Wrap Up
Related posts:

Exactly What Comes out of a Car Exhaust?

The exhaust gas comes out of the system and it contains quite a lot of things. Mostly nitrogen! And then there’s oxygen, water, carbon dioxide as well as carbon monoxide. A small percentage of hydrocarbons and nitrogen oxides are also included. Here’s a rough idea of the whole thing in the table below.

There are manufacturers who do try to keep their exhaust systems mechanism environment friendly by including various technologies for example the chevy colorado exhaust system is quite efficient. However, there are many factors involved that the goodwill not always fully gets satisfied.

The Exhaust Fumes Are Harmful

You should know that carbon dioxide is the most dangerous greenhouse gas. And it’s purely toxic for humans. Even in very low concentrations. Despite the fact that air has oxygen in it, the less concertation of carbon dioxide still proves to be harmful. And this is part of the exhaust fumes.

Skin irritations, allergies, a number of respiratory-related issues as well a heart disease. These are only a few of the risks that might cause by car pollutants. If someone has to stay exposed to diesel exhaust fumes for long period, there’s a chance of lung cancer according to WHO.

Another element CO, also known as carbon monoxide causes headache as well as respiratory issues if human breathes in it. In large quantities, it can even cause death.

The exhaust emissions might have different compositions in gasoline and diesel-powered cars. Usually what comes out of a tailpipe are carbon monoxide, sulfur dioxide, nitrogen oxides as well as hydrocarbons.

Water Coming Out of Exhaust Pipe

This is nothing serious actually. Often new car owners and drivers tend to get confused about what’s really happening. Actually, this is common when certain elements get burned with oxygen.

This results in making carbon dioxide as well as water vapor. And that’s what condenses on the exhaust pipe as it has cold metal. Specifically, when one first starts the vehicle. It’s very common to notice the tailpipe spitting little water from it.

With the heating of exhaust, the water would evaporate. And then it looks like smoke basically. This occurs mostly during winter or cold times of the year.  Also, the water can be black in color sometimes. As there are sooty deposits that get mixed with it.

Also Read: How to Choose the Exhaust System for Pickup Truck

1. What happens if you breathe in car exhaust?

Ans: Your garage is more likely to be an enclosed area that would have pretty poor ventilation. And that’s where the CO levels can prove to be extremely dangerous if the fumes by any chance get trapped there.

If you inhale the fumes in an area like that, in a larger quantity, your bloodstream will have a build-up of the toxic element. And this can lead to dangerous tissue damage. The poisoning of CO is life-threatening.

2. How long can you leave a car running in a garage?

Ans: Warming up your car inside the garage is a big no. Even if the doors are open, you should not keep the car running there. A lethal concentration of fumes can build up there and it does not even take two minutes to reach the danger level. The worst case is those fumes spreading all over your home. So don’t leave the car running in your garage.

You now should have a well understanding of what comes out of a car exhaust and how it’s not absolutely a great thing for the environment nor anyone of us. It’s not that we can stop using vehicles. But maybe having such knowledge will encourage one to try saving fuel more or investing in cars that use less fuel. Also, we should not unnecessarily keep the engine start.

And there are tons of small driving habits that might not make a huge difference, but even the tiniest attempt for a good cause count. So, let’s be a little bit more careful with our vehicles.

Single Exhaust vs. Dual Exhaust – Which one to get? 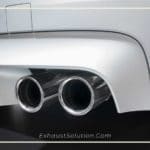 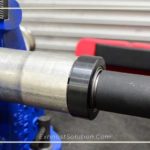 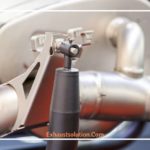 Learn How to Expand Exhaust Pipe Like A Pro! 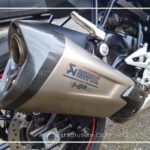 How to Remove Baffles From Motorcycle Exhaust – 7 Easy Steps 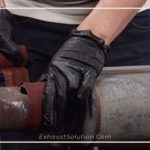 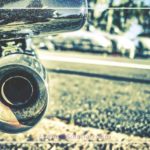 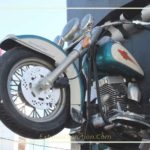